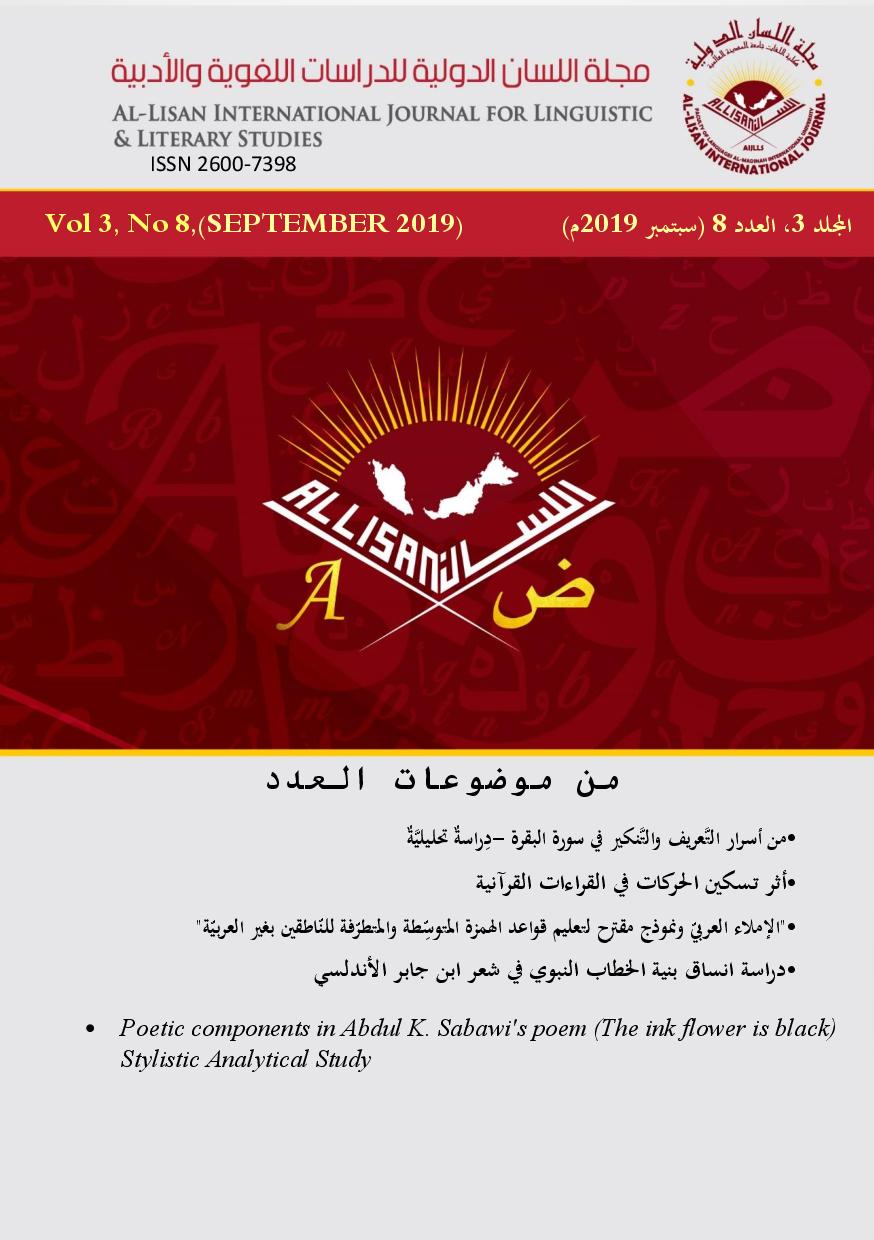 This research explores a new strategy for developing language study pr ograms in the Arabic language in educational institutes for young adults. This study is titled, "A critical study of 'Awaamil al Jorjani' (The Jorjani Elements) and corroborating these factors with the prophetic narrations, when applicable.The importance of this research is twofold: First, it is connected to the Arabic language, the language of the Qur'aan and Sunnah. Second, there is a great need for studying this topic, and it has not been researched before, to the best of my knowledge,The research problem arises from one of the proposed themes of the conference, "A new strategy for developing language study programs in educational institutes." The research objectives are to carry out a critical study of this book, using the prophetic narrations to corroborate the elements mentioned in the book to facilitate understanding, and its application to the prophetic Sunnah, for beginner students of the Arabic language.The results of the research are summarized in a number of issues that Imam Abdul-Qahir Al-Jarjani has mentioned in his book while are inconsistent with the book level, according to the researcher's point of view. The research has generally invoked one hundred and seven authentic Hadithes  from narrative books, among which eighty seven hadiths from Al-bukhary, fourteen from Al-Muslim, And six authentic hadiths  are from other sources of narration. The research tries to rely on authentic narration except for few cases that the researcher could not find an authentic hadith, and footnote to witness place in examples. The research methodology that applied to this study is descriptive and inductive approach, in which the researcher described the subject to be studied clearly through a correct scientific methodology, and depicted the attained results through digital images that can be interpreted and understood properly. Furthermore, the researcher follows the applicable hadiths from narrative sources and identified precisely those matching parts of mentioned hadith to the research, guided by an inductive method. the researcher also committed to documenting the scientific material from its original approved sources.