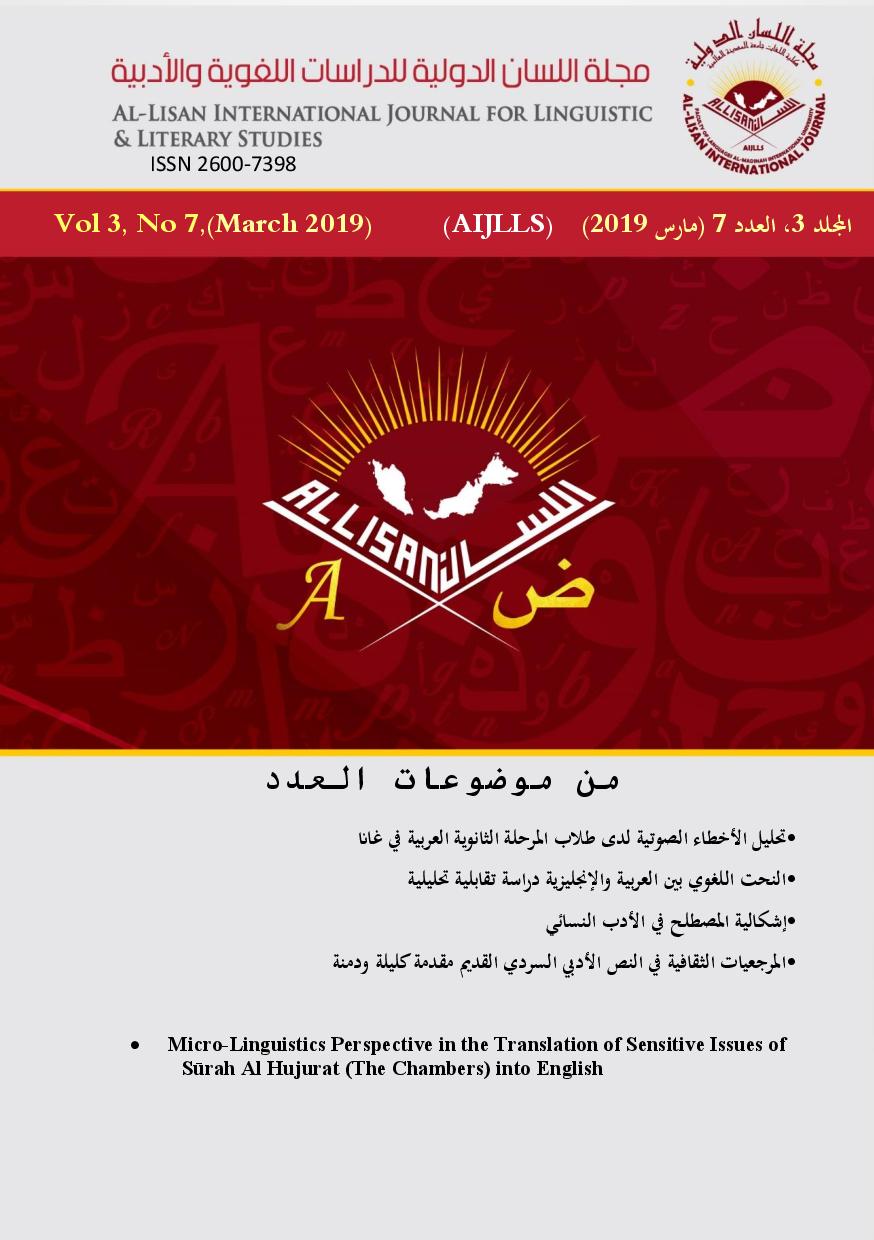 ABSTRACTThis study examined the phonological errors committed by students in Arabic secondary schools in the Republic of Ghana, in order to analyze the linguistic errors that they make while using the Arabic language; that is to identify the errors, describe them, interpret them, and then propose some appropriate solutions for them. The study used the analytical descriptive method, thus drawing a sample of one hundred and fifty students from four secondary schools in the country to analyze the linguistic errors in the pronunciation of Arabic sounds, and the study used interview as tool for the analysis of errors. The results showed that only 28% of the respondents find it difficult to pronounce the selected sounds, while 72% do not find it difficult to pronounce them. The reason for the decrease in the percentage of errors at this level is the role of reading the Quran among the sample. It was also found that the reasons for the errors were linguistic transfer (negative transfer of experience from the mother tongue); thus student moves his language habits from his mother tongue to Arabic language. Other reasons for the errors committed include: difficulties within the Arabic language, generalization, exaggeration in correction, ignorance of the limitations of the rule, the incomplete application of rules, and wrong assumption, among others. Based on the findings, measures were recommended to help solve the problems of errors,
and it is hoped that the research will benefit the student, the teacher, and the curriculum designer, which could be used to improve the teaching and learning of Arabic language as a second language in Ghana. Keywords: Phonemes - second language - native language - linguistic error - error analysis.