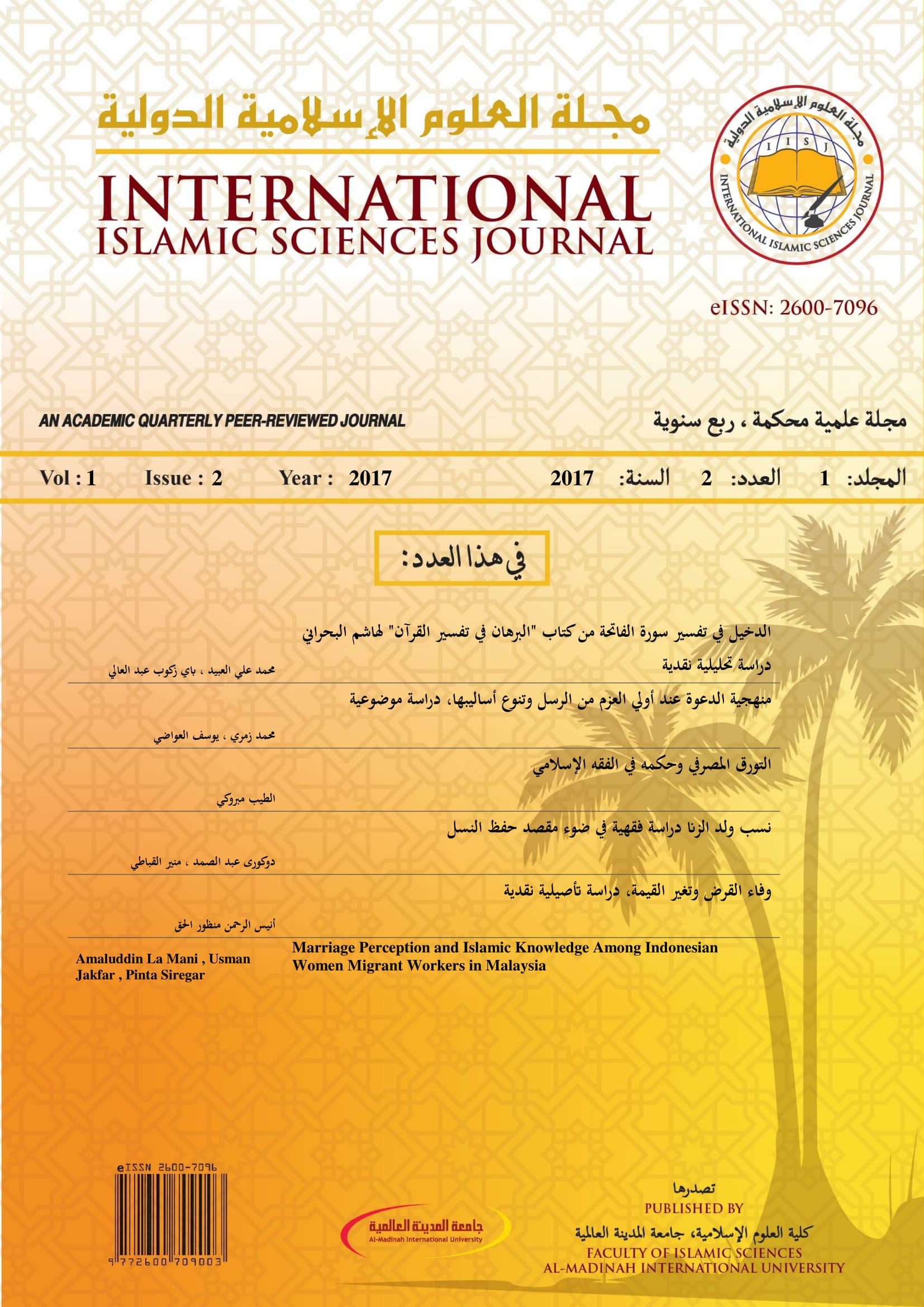 The book of The Proof in explaining the Qur’an ,by Hashem Al-Bahrani, is one of the books on which Shiaa depend on to argue for their believes.Therefore, it has been necessary to know the most important features of this book which its author claimed that his book was reliable and a reference book rather than other explanations of the majority Islam scholars. He considered his book authentic whereas other scholars’ books inauthentic.The importance of this research due to the increment of sectarian conflict in the Arab and Islamic countries nowadays based on intellectual basis. The search introduces a definition of strangeness in explanation and its types. Then, the researcher introduces the author Hashem Al- Bahrani and his explanation of the Quran, method and its important features. Afterwards, the researcher brought light to the outlandish points in Al- Bahrani’s explanations of Al- Fatihah.The study has concluded that most of the narratives cited by Al- Bahrani are fabricated, fake and the news he reported is outsider. Moreover, the researcher highlighted more than fifty narratives which do not attributed to the messenger’s kins.The search has proved as well that Shiaa do not have clear criteria and regulations in explaining Quran. Furthermore, their narratives do not depend on attribution The Chain of Transmission and most of them are characterized by hyperbole and their narrators are well-known for lying.