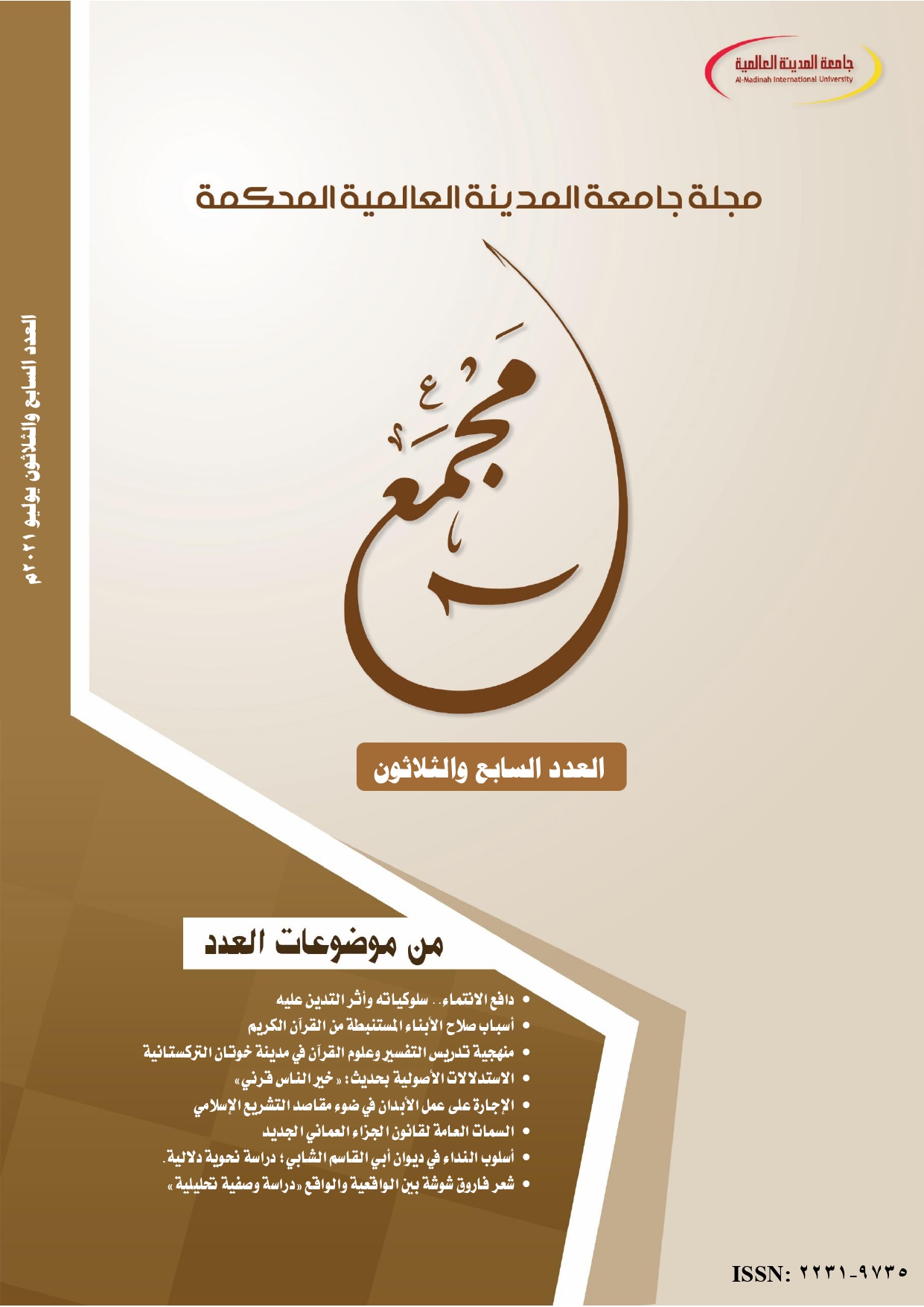 This research entitled “The style of the Nedaa in the Diwan of Abi al-Qasim al-Shabibi - semantic grammatical study” characterized by study and analysis, deals with in an analytical descriptive method based on the knowledge of the Nedaa letters and their various uses to clarify a specific grammatical feature. The aspects with which Abu al-Qasim al-Shabibi employed these letters in his poems show, and despite his renewed view of life, his romantic theory of reforming his society did not find any resonance. That is why he left his community to the jungle, and thus his emotions were divided between his personal concerns and the problems of his society.