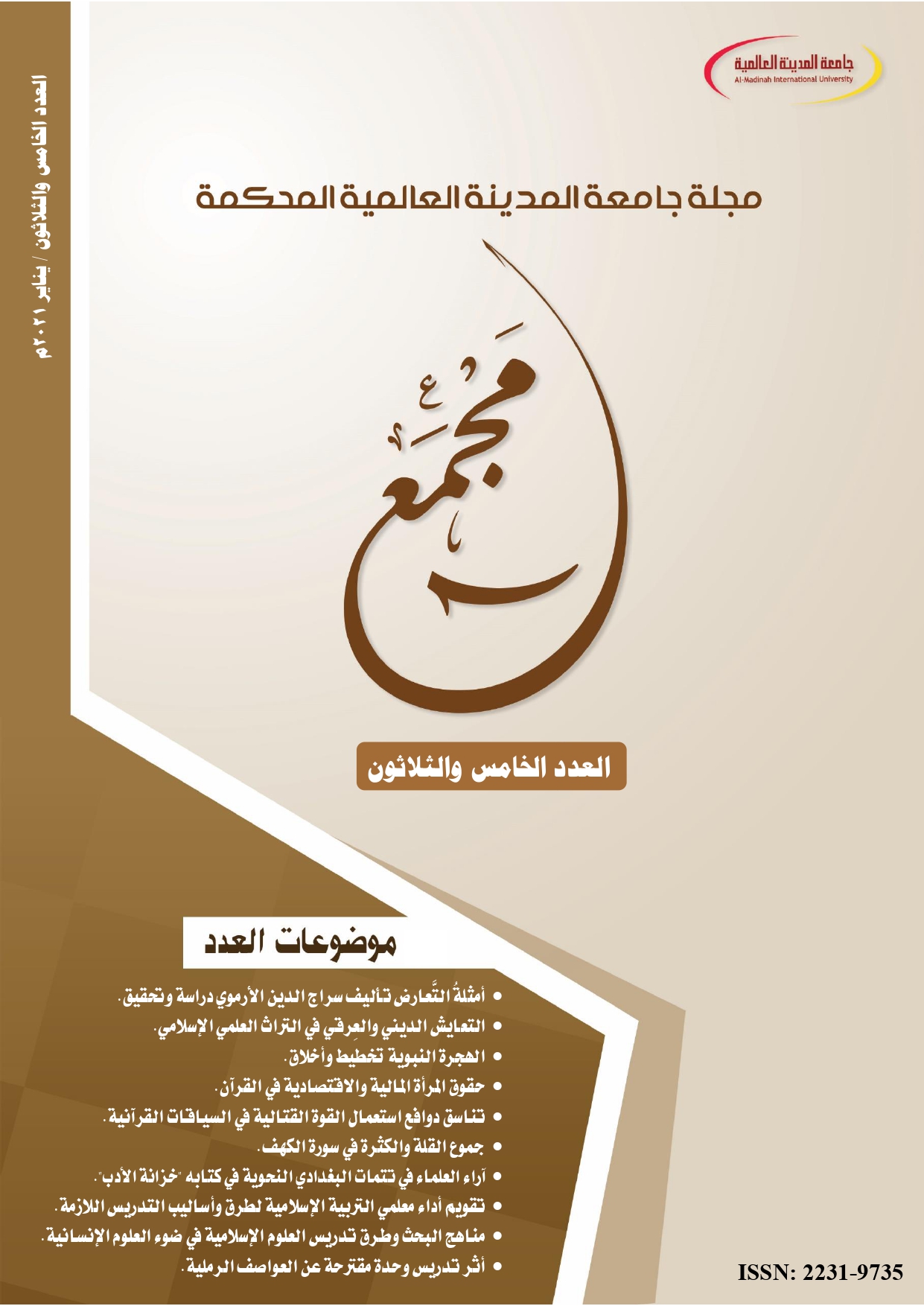 The Quran (book of GOD)? is characterized by coherence and harmony in all judgments educed from his verses, this research came as a project to limit the various contexts that addressed the issue of the use of fighting against the offender, through a general contextual study, and as a basic approach to reveal the rhetorical analysis related to the use of force in the book of God  I will use the cognitive tools adopted, and evoke the structural contexts, and refer to the reasons of coming down of the verse , in order to identify the brilliant and tight consistency between the texts dealing with the question of the use of combat force against the other, and prove the miracle of the unity of the Koran discourse  In this context, By identifying consistency and proportionality with the general framework of all coherent and interrelated texts within the same context, which relates here to the verses that include the basic reasons for which the fighting began, and then studied formally, In attempting to link the verse to the nature of the stage, I have reached in total, based on scientific research methods to limit the motives of the use of the Koran for combat power in five reasons :Taking Muslims out of their homes and chasing the leadership, inciting and seeking to spread sedition and create unrest within the Muslim community, accompanying enemies of Islam and helping them to gain, raiding the muslims and attacking the sovereignty by starting the fight, and violating norms and covenants such as killing the apostles and missions, as it showed that the fighting was reactive, in order to respond  Aggressors , and the start of fighting, which was formulated "kill" has its own contexts, which is very limit.

How to Cite
ضروفض. (2020). Harmonization of motives for the use of combat force in Quranic contexts. Majmaa Journal, (35). Retrieved from http://ojs.mediu.edu.my/index.php/majmaa/article/view/2531
Issue
No 35 (2020)
Section
قسم البحوث الشرعية