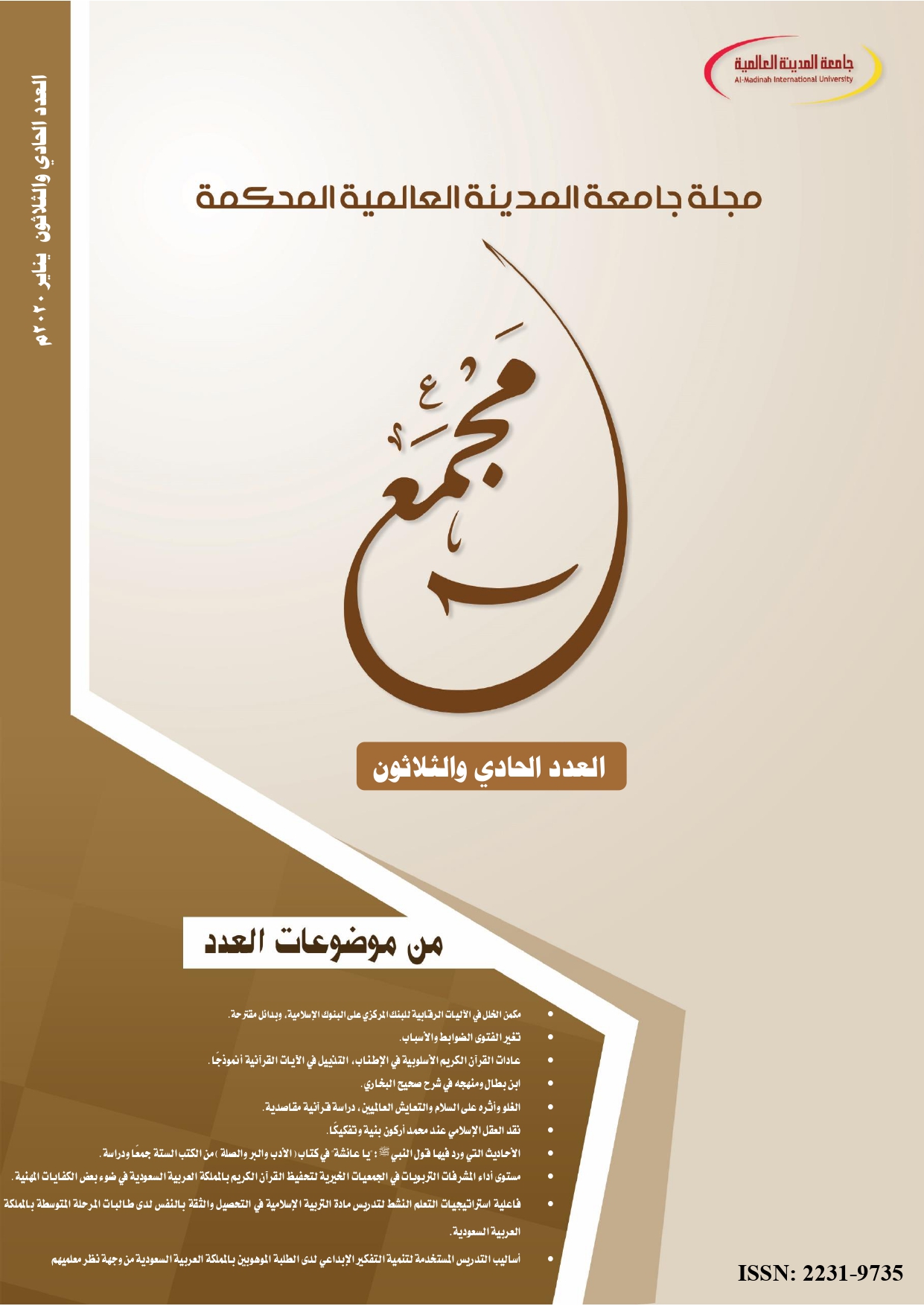 This research aims to introduce the andalusian scholars Ibn battal al maliki (449 hijr ) , who is one of the ancients explainer of Al Bukhari , and also prupose to identify his approach that he followed in explaining the Hadiths of Al-bukhari .

The importance of this research lies in the fact that it is a scientific study that introduces us to scientific aspects in the character of Ibn battal . Also to know the scientific effort that contributed to service of the Sunnah .

All these things appear through the knowledge of his approach , which he followed in his explanation  and knowing of scientific additions .

The research in this study  followed  the inductive and descriptive analytical method .

jurisprudential effort on the Hadith of Al Bukhari , and he mentioned the differences of the fuqaha’s of the Salaf from the Sahabaha and Tabi’een

As well as he mentioned the differences of the doctrines of jurists who have schools of jurisprudence with evidences .

Obs.: This plugin requires at least one statistics/report plugin to be enabled. If your statistics plugins provide more than one metric then please also select a main metric on the admin's site settings page and/or on the journal manager's settings pages.
Current Issue
Language
Make a Submission