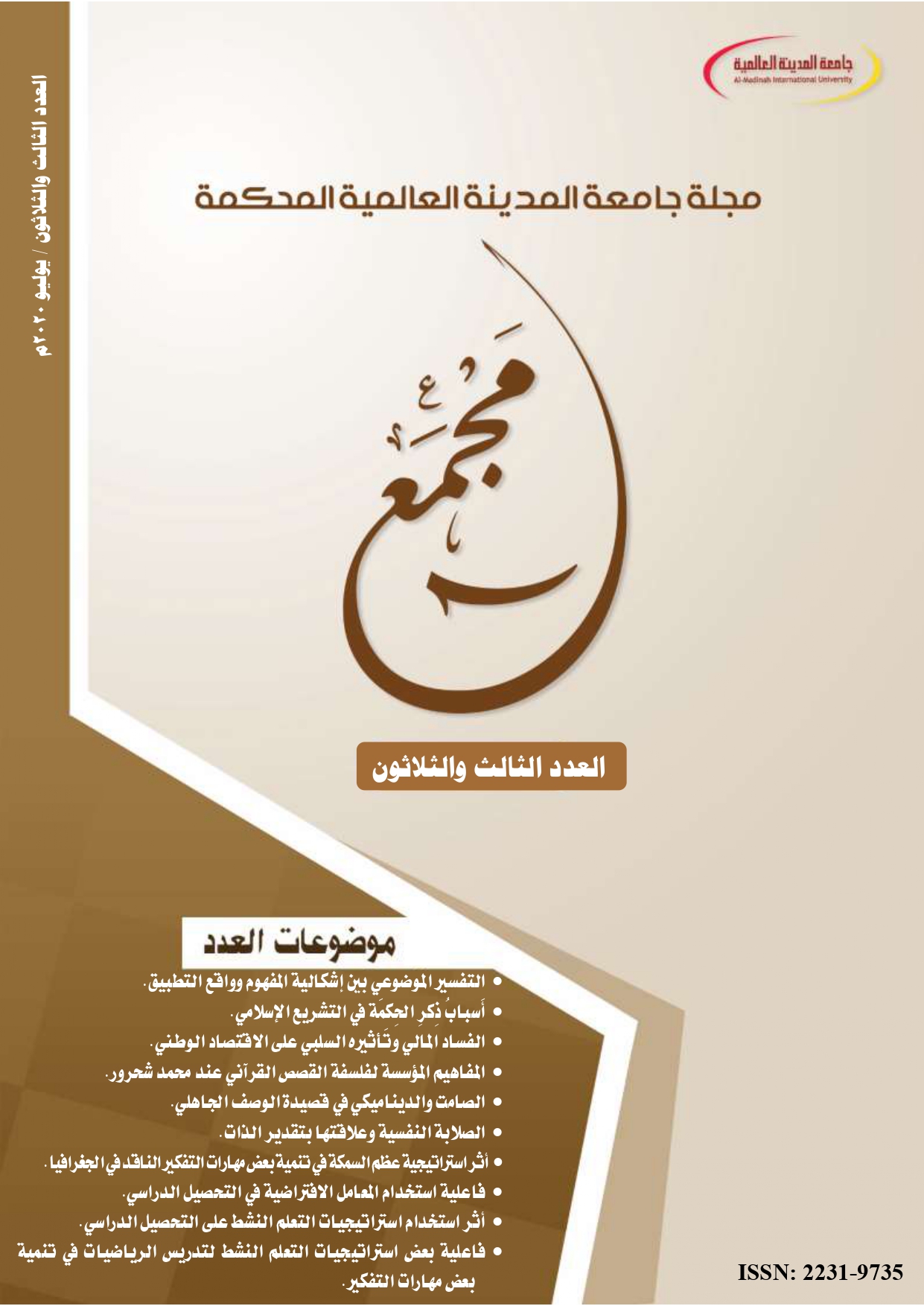 This research is concerned with the study of the concepts of the Qur'anic philosophy of Muhammad Shahrour, For the researcher Ahmed Abdo Al-Dursi. The problem of research is the mechanisms and methods used by Muhammad Shahrour in weaving these terms and tampering with their concepts. This research aims to study these concepts which Muhammad   Shahrour founded his philosophy of the Qur'anic stories, and explain the resulting systematic errors and scientific errors, and respond to them, in order to demonstrate the value of contemporary reading of the Qur'anic stories in the balance of scientific research. I depended on the analytical approach in the analysis of concepts and terminology on which his philosophy was founded. One of the most important results of this research is that Muhammad Shahrour created a cultural rupture with the historical vision of history by seeking to penetrate the inherited interpretive schools. He formed a conceptual apparatus composed of the founding terms of the philosophy of the Qur'anic narratives. He worked to remove its meanings and cognitive burden, which is commonly used by the scholars of interpretation and the people of the language. He replaced other meanings through the physical research in the dictionaries, away from the interpretation and research in the Qur'anic and relational format of the text. Muhammad Shahrour aimed at questioning the credibility of the Qur'anic stories and subjecting it to historical criticism. He revived the texts of the Qur'anic stories to Historical and non-extended in time and place, marking the beginning of the post-messages stage in which the role of the human being will be guided from revelation to full independence and responsibility for itself and its history.